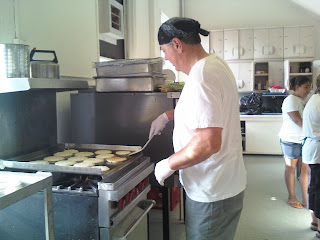 A few weeks ago during a conversation with a minister I had just met, I agreed to come to his church hall and cook breakfast for the homeless on Saturday mornings.  He insists on having them come in, sit down and the volunteers act as waitpersons.  Juice and coffee, followed by the entree of the day. Because we can make things go so much farther and feed more people it's either French toast or pancakes, with a side of sausage and McDonald's type potato patty. I enjoy doing it, but rarely get to meet or even see any of the diners because my back is turned to them while I cook.


Dinner and a prayer 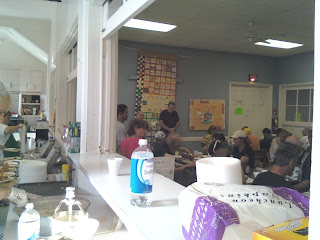 
Since retiring I have been using the library a lot.  The center of Fairhaven, Ma is an old Yankee town where Sam Clemens often visited his pal  Henry Rogers.   Rogers was the town benefactor and had built many of the town's public buildings. The library and town hall sit across from each other on Centre St. and each was built using a different architectural style. 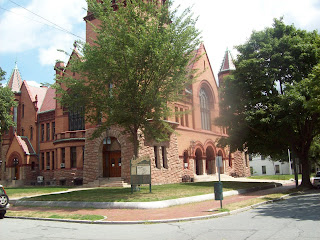 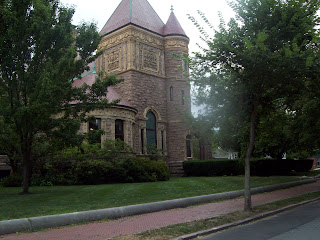 Bikes at the library 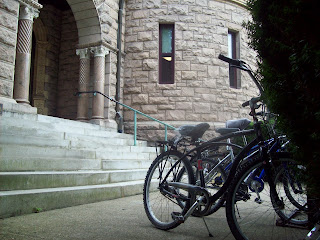 Saturday evening dinner was at the Waterfront Grill.   This is "truth in advertising" at it's pinnacle. 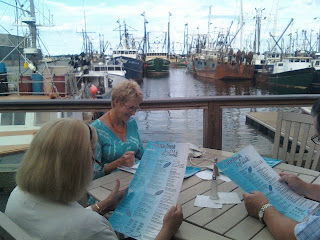 While dining, another tall ship docked at the pier. This one from Baltimore was a training ship and the students were all Jr. High school age. Two were getting lessons on tying down the sails. Not a bad summer for these kids.


The new arrival from Baltimore. 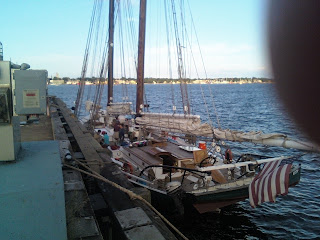 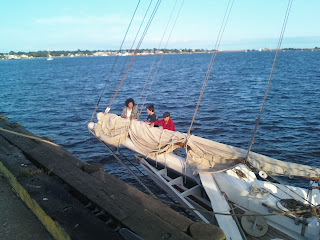 Posted by amidnightrider at 6:54 PM