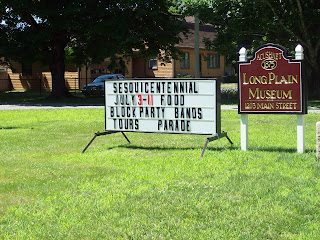 I have never hear that one before either, but it's the 150th anniversary of the town of Acushnet, Ma. This will be a change from the annual Apple/Peach festival, where many of the vendors buy frozen pies, heat them up and call them "home cooked" as opposed to home made.  The discerning buyer needs to pay attention.

Today was a twenty three mile easy spin that took me past my old turn off at Rt 105 in Acushnet.  Since it was an early Friday afternoon ride it was no problem extending it and continue on the State Highway. A state highway in a rural Massachusetts town on six thousand people is really not that difficult on a bike. A little bit on this new route the road sign Quaker Ln showed itself and took me across the town line into Rochester Ma.  Even though I hadn't been on this road previously, I had no problem keeping my bearings and soon enough it looped back onto rt 105 to the center of Rochester.

Plum's corner is where all the action is in Rochester.  They even have a gazebo where I rested with the two most sour plums one could imagine.   I finished one and when I bit into the second, my lips pursed and both eyes squinted from the sour taste.  Yeeeeee-uck.

The ride was cut short to allow time to get ready for the festivities tonight at the Summerfest in New Bedford. Tonight is the kickoff concert and it's always a let your hair down music fest.


Not much traffic on a town of six thousand's highway 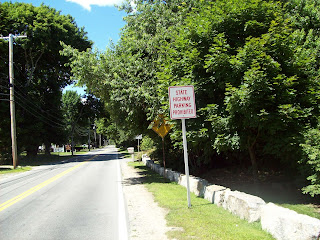 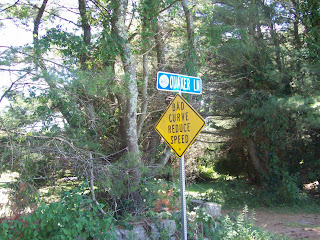 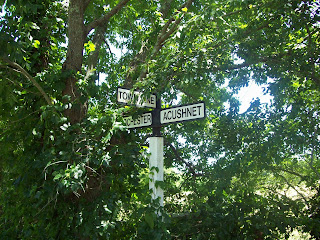 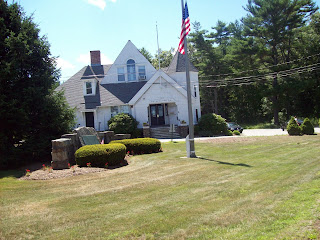 Gazebo at Plum's Corner in Rochester 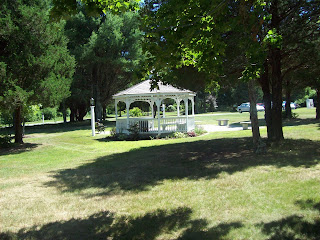 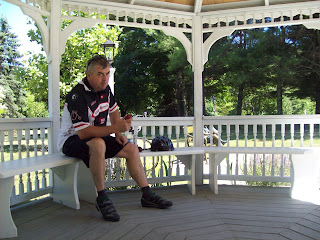 Posted by amidnightrider at 1:53 PM